The Zombies of Postmodern Media and the End of Endings 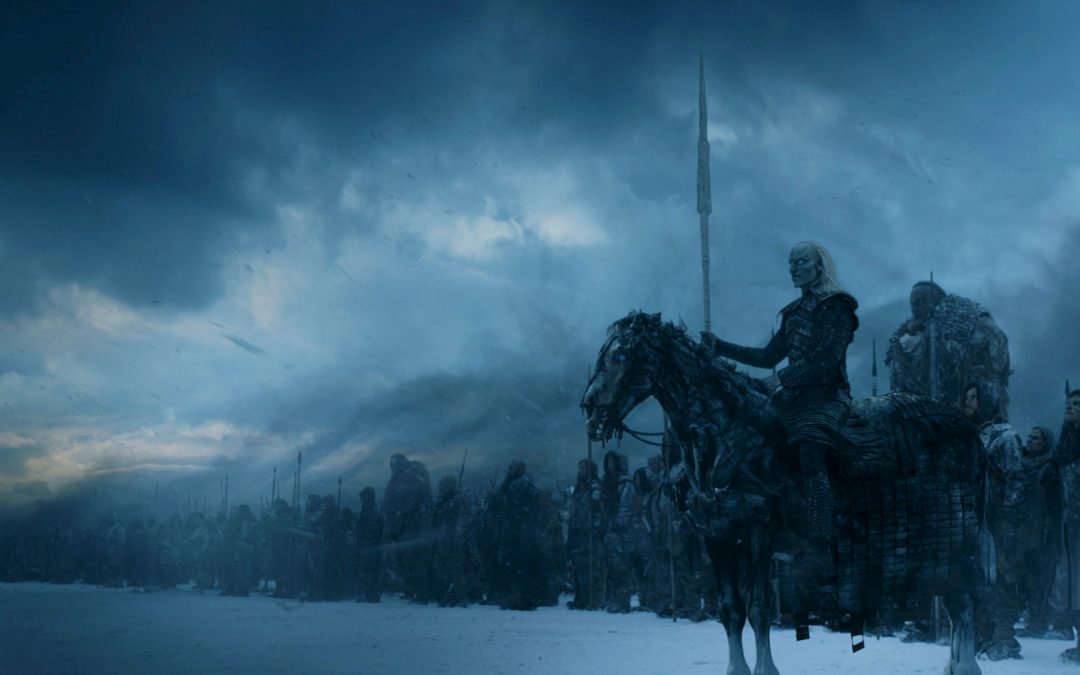 The final season of the popular HBO fantasy-drama Game of Thrones caused more upheaval than can usually be expected from a television show. By the airing of the penultimate episode, fans were taking to social media to express their grievances. A petition to “remake the final season with competent writers” garnered more than 1.5 million signatures. Media outlets produced countless content about the show, the responses, and the controversies. While most analyses of the tumult focused on the increasingly participatory nature of contemporary media products and polemics over whether audience’s can claim “ownership” of their favorite films and TV shows, a more ignored aspect is that it reflects a major shift in how audiences delineate their experiences with the media. In short, the controversy over the end of Game of Thrones mirrors a recent trend-we are nearing the end of endings. 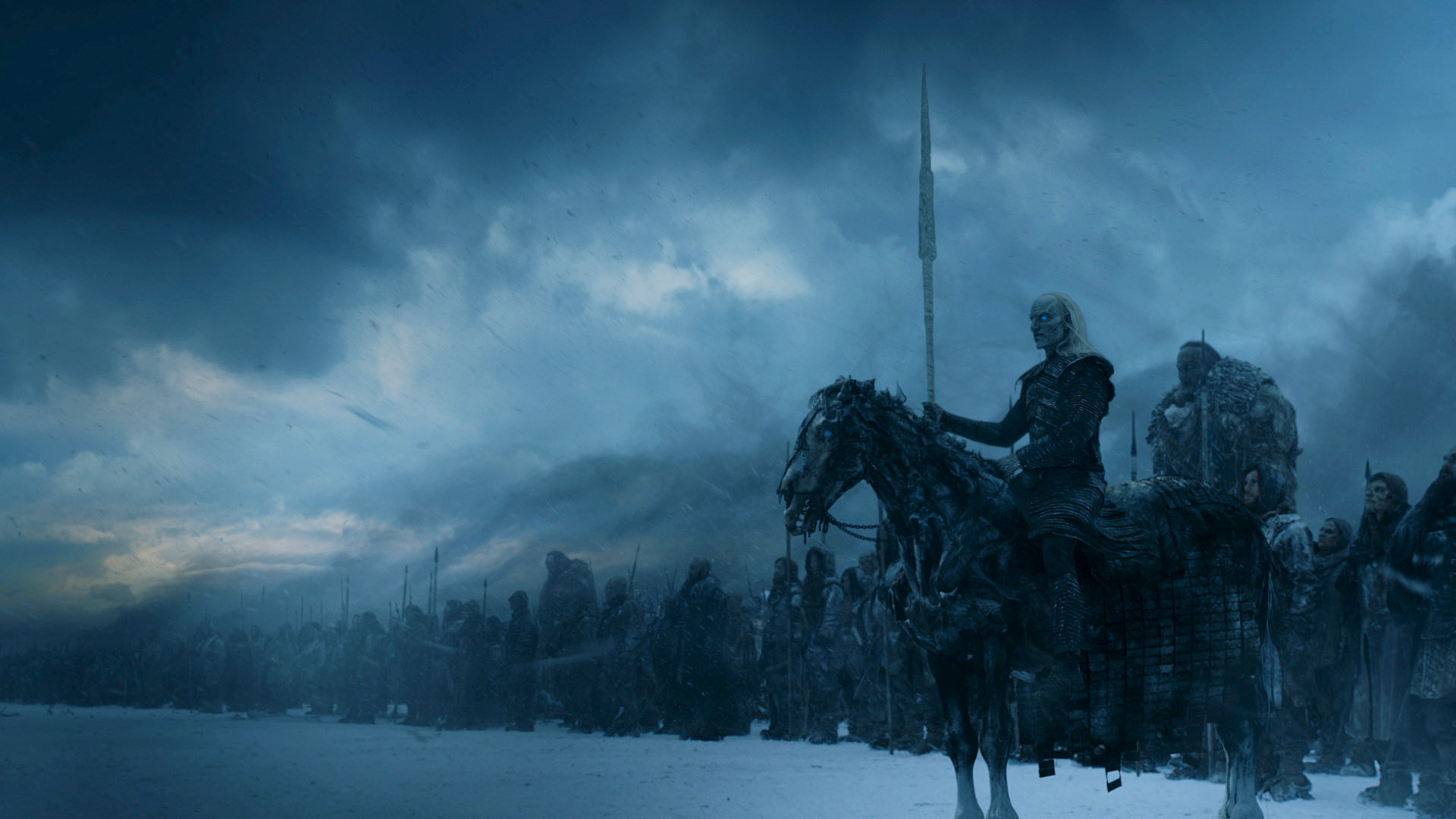 According to Marshall Berman in All That Is Solid Melts Into Air: The Experience of Modernity, the spirit of modern times is encapsulated in the modern novel. The plot of the modern novel is propelled by the climb towards the climax, followed by its descent to the conclusion. Just like that, the story ends and the characters disappear, their journeys complete. For the last 300 plus years, media consumption has been characterized by this confrontation with the end. Readers of modern novels will know the experience of reading the last line of a story and being met with a sense of disappointment that the ending has been reached and there is nothing beyond the last period. The same experience is mirrored in other forms of media: the rolling credits of a film, the last track of an album, the sign off at the end of programming for regional television stations. It’s a haunted feeling. The spectacle vanishes, and people find themselves once again faced with the bare facts of daily life, but now quietly followed by the ghost of the story recently completed.

If modern times are exemplified by the modern novel, postmodern times are represented by the Facebook feed. The Facebook feed is all descent- one can scroll for hours and never reach the end, because there is no end. Videos play on endless loops. The same meme will reappear, transformed or re-contextualized, pursuing the feed’s viewer. If finishing a novel results in a sentiment similar to being haunted by a ghost, scrolling through the Facebook feed is more akin to being chased by zombies. Millions on images, opinions, sentiments, and desires sweep over us like an invading army of White Walkers, refusing to grant us space to think, reflect, or be quietly haunted by any of the images or ideas that we had just consumed.

The prohibition on rest that modern media enforces on audiences finds an accomplice in technology. In the book 24/7: Late Capitalism and the Ends of Sleep, author Jonathan Crary observes that devices such as cellphones are almost never turned off these days, but instead are designed to go into a fitful “sleep,” which can be broken at the slightest touch. Smartphones are ever-ready to spring to life and resume production. Crary notes that the same is now expected of the contemporary worker and media consumer. We should never be completely off, but rather always connected or on the cusp of reconnecting.

Audiences today are conditioned to be consumers who never tire, and in order to do so, media content can never reach an ending. Various media trends provide evidence that media products and the stories they share are now designed to endless expand backwards and forwards. Films are appended with multiple sequels or prequels, or are destined to be part of a “universe,” a strategy that is now frequently employed in the popular superhero films over the last decade. Books are contracted if they can easily be developed into a series of novels or a television show. Old characters are remade and repackaged. New fashions are formed by remixing old ones. Fans are encouraged to help with the expansion of media products by expressing their opinions of the content, or even taking over the story and developing it in their own, idiosyncratic way, as evidenced by the growing popularity of “fan fiction.”

The result is that no story ever seems to truly end, not even with the death of a main character. The Terminator is melted, but is reconfigured various times to return as a hero instead of a villian. The actor most associated with the modern rendition of a comic book character dies, but the Joker is quickly “rebooted” to live his history again. Arya Stark announces that she will explore the West, and audiences know that she will be back on the screen shortly, surely joined by cameos by other characters from Game of Thrones, a series which has, according to the uproar, ended.

So Game of Thrones fans who were unsatisfied with the last episode of the series should take heart. The story has not ended, and probably won’t end until its associated characters no longer bring in a profit. But for those of us who prefer to be haunted by an impactful story, instead of inundated by stories that have no meaningful conclusion, the media’s zombie apocalypse, in which nothing ends forever and any character might be back in a new form, shows no signs of abating.